​Reaching Africa Through
The Written Word​
​

2020 Project Continues - BECAUSE YOU GAVE!
Fellow believers in Tanzania receiving a Bible in their own language

In 2020 CLA began a new initiative, wiring money directly to the Bible Society in countries from which we have received requests for Bibles. Our partners then pick up the Bibles at the Bible Society. These pictures are from various countries. The people are so excited to receive Bibles in their own language!

Shipment of Bibles and Books arrives in Nigeria - November 2020 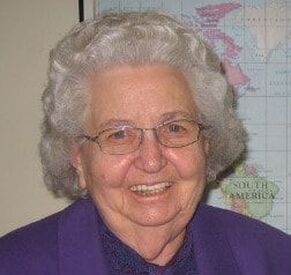 Edna Lochner, who founded Christian Literature for Africa Association in 1991, passed from this life to her heavenly home on April 9, 2021. Edna lived a full life wholly dedicated to her Savior, Jesus Christ. After retiring from 38 years of service as a Church of the Nazarene missionary in Swaziland (now eSwatini), Africa, Edna still felt the call to provide Bibles and Christian literature for the people of Africa. That led to the founding of CLA, where she served as Director until her retirement in 2015 at the age of 90. Her godly influence is still touching lives in Africa, the United States, and around the world.
​

​A memorial service for Edna was held at Trinity Church of the Nazarene, on April 16, 2021.